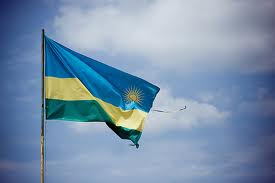 Fourth of July is Independence Day in the U.S. It is now celebrating the 235th anniversary.
Closer to home, it is Liberation Day in Rwanda.
Liberation Day is to commemorate the ending of the 1994 Genocide that lasted 100 days. This year was the 17th anniversary since it was ended. 17 years seems long, but it is far too short for so many people to erase the horrible memory. So in the memories of many people, the despicable tragedy remains fresh no matter how hard they try to forget. It is just too hard to do it.
Nonetheless, Rwandans have a strong resolve not to repeat the same tragedy. So people remind themselves and each other of a short phrase: "Never again, never!" Indeed, such a tragedy should never be repeated not only in Rwanda, but any where in the world. Never should it occur again in the human history.
Rwandans have made a remarkable achievement in reconciling two mutually disliking clans over the past 17 years. How can a 17-year long effort completely heal the deep wounds that have been made over many decades, but the progress appears apparent and impressive.
Rwanda has also seen tremendous progress in economic development over the same period. Economic development covers a broad spectrum, including health, education, agriculture, infra structure, environment attractive to foreign investors, governance, ICT.
Moreover, the government has made conscious efforts to fighting chronic poverty and corruption. President and his cabinet members seem determined and hopeful to see the country's remarkable transformation within their generation. It is considered likely as long as they stay on course at least for the next few decades.
On the other hand, some international media are making a sensational report on human rights issues in Rwanda. I do not know the details of what is happening in the whole country and I am inclined to agree that there may be some concerns about human rights issues. But as a former S. Korean citizen who lived under serious human rights challenges in the 1960's and 1970's in S. Korea, I am not convinced of this argument. Some also argue that President Kagame is a new dictator, but I am not sure he is indeed such a bad dictator. I would agree that he is a pretty demanding boss, but the country's remarkable progress may not have been made possible without his demanding attribute.
Overall, I would argue that we should learn to see the overall balanced score of the country's performance, without being skewed too much with biased opinion on soar spots. However you cut it, Rwanda is progressing remarkably well and fast to become Africa's sterling exemplary country, like Asia's four tiger countries in the 1990's: S. Korea, Taiwan, Hong Kong and Singapore.
I pray sincerely on every Liberation Day that Rwanda is liberated forever not only from the haunt of the tragic genocide but also from other challenges that have held back Rwanda and many other African countries. That is liberation from malaria, HIV/AIDS, chronic poverty, corruption, tribal strife and dependence on foreign aid. May it become a reality in Rwanda sooner rather than later, oh Lord! - Jeffrey
Posted by jlee80111 at 6:10 AM