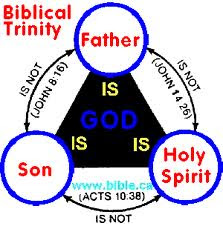 When God created the universe, he ordered Adam to multiply and fill the earth. To fill the earth, the number had to increase but not all could live together. They had to scatter. When his people refused to scatter, God intervened and scattered his people by force.
Church is the body of Christ and the collective body of believers. The universal church, as a whole, is one but comprises a multitude of local churches. Originally and idealistically, church is an organism, not an organization. It is a dynamic and living body. Thus, it is natural for a living cell to grow and multiply.
Shalom Bible Study (SBS) is a bible study group of believers. It has been dynamic and growing in number. Since we are meeting at home, too large a group presents a few challenges.
1. Some people hide behind the number and choose to remain silent at the meeting, be absent from the study meeting or come unprepared for the study meeting. The split will make the bible study more intimate and beneficial.
2. Others who may be interested in joining the bible study choose not to come because the group is too large. The split will create a room for others to join.
3. Leaders may not be able to care for the members as closely as when the group is smaller. The split will allow the leaders to pay attention and provide care that the members deserve.
Thus, SBS has decided to split it into two groups. I will continue to lead a group and Pastor and Missionary Hwang will lead the other group. We announced it today and appointed a coordinator for each group. We decided to leave the decision of which group to join entirely up to the members. We also agreed to gather together once in a while to confirm the oneness or unity. Also, each group leader agreed to cover the other group if one has to travel or miss the study meeting.
Christ declared that he and the Father were one. He prayed that his disciples became one as he and the Father were one. Oneness is unity and the center of the relational gospel. But oneness does not have be always physically one, in our case one group. Oneness may exist even when one is split into two or more. It is called "unity in diversity." It is not easy but it is possible particularly when we put our trust in him.
God himself exists as the triune God: one God in three persons as the Godhead. It is trinity or three in one.
We have chosen to pursue this "unity in diversity" or two groups in one.
All members have accepted it graciously. Praise the Lord! I pray that this may become a model in the society where getting big is the dominant norm even in the Christian world.
Oh Lord, may you walk with us in this journey together so that all of us may experience your presence and power, while we pursue unity in diversity through the split of the Shalom Bible Study. May you be honored and glorified! - Jeffrey
Posted by jlee80111 at 6:21 AM