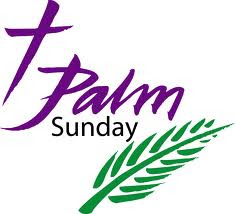 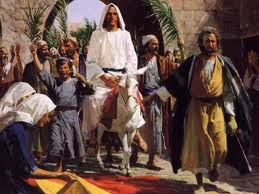 On Palm Sunday, I was asked to preach at St. Etien Cathedral. I titled my message "Open-Armed Love Despite Disobedience."
When Jesus entered Jerusalem, people welcomed him,
shouting "Hosanna! Hosanna in the highest!" They were not aware exactly what they were shouting, but they were doing the right thing. Unfortunately, their welcoming ended short-living because they were shouting "Crucify him! Crucify him!" in just a few days. They were a fickle crowd. But Jesus was gracious to them, as evidenced by converting 3,000 once and 5,000 on another occasion when they repented and received Jesus as their Savior and Lord. It was an open-armed love of Jesus.
Among them were religious leaders who were in conspiracy to kill Jesus without clear charges. They were proud of their religious activities, arrogant about their piety and angry about Jesus claim to be the son of God. They stirred up the crowd to put Jesus on the cross without a convincing charge. They were mocking and taunting him on the cross, by yelling "If you are the son of God, come down from the cross, then we will believe." We know that they would not believe no matter what because they were used by the Satan and his demonic forces. Yes, Jesus extended his grace even to these religious leaders. Acts 6:7 reads, "So the word of God spread. The member of disciples in Jerusalem increased rapidly, and a large number of priests became obedient to the faith." How gracious he is indeed! It was an open-armed love of Jesus.
There were Roman soldiers and governing people. They did not care about Jews claim that Jesus was a blasphemy to them. They did not care about Jesus claim either. They were ignorant. Nonetheless, they were rejecting Jesus as the Savior and Lord because the scripture says, "If you are not for me, your are against me." But, God was gracious enough that a centurion who was leading the Roman soldiers at the site of crucifixion confessed, "Truly truly he was the son of God" at the natural disasters happening when Jesus was surrendering his last breath into God's hands. Jesus even extended his grace to the ignorant Roman soldiers who nailed him to the cross. It was an open-armed love of Jesus.
There were approximately 120 believers who were faithfully following Jesus. After approximately 56 days from Palm Sunday about 2,000 years ago, the Holy Spirit came down upon the believers when they were praying on the Day of Pentecost. But even these disciples or believers were scattered when Jesus was captured and put to torture because they were afraid. But these believers were empowered by the Holy Spirit and became the driving forces behind the evangelical movement among the believers at that time. It was an open-armed love of Jesus.
We may have gone or currently go through many challenges in life. Some may never understand the extent of pain and sorrow that others may have gone through. But Jesus knows them because he has already experienced them directly from his life on earth.
It is the week to commemorate the passion of Christ that was behind God's passionate and open-armed love for us. The pain of the cross that Jesus endured was multi-folded. It included the excruciating physical pain coming from Romans professional torture, emotional pain related to the extreme humiliation coming from human mockery of their creator God, psychological pain coming from the betrayal of his disciples when Jesus was arrested and spiritual pain coming from his separation, although temporary and short, from God the Father to become the sin for all humanity. All these pains combined which Jesus endured exceed all the pains of all humanity of all ages. He is our Lord and our high priest. Thus, we know for sure that our high priest knows what we go through and can intercede for us when we are in such circumstances.
Let us put our trust in the Lord and be thankful for his grace during this time of passion week.
During this passion week, may we go beyond our own problems of life but instead may we reflect deeply on how Jesus was gracious to us and what he has endured to save the sinners, like you and me. His love is widely open-armed to be stretched even to the severe sinners, like you and me. May his name be lifted up for the glory of the Father! - Jeffrey
Posted by jlee80111 at 6:26 AM