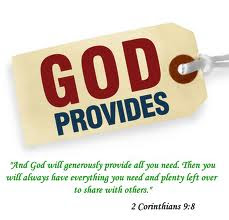 God provides... Jehovah Jireh.
We always come to realization of this truth only after fact. Here is another one.
UOB has been blessed with rapid growth in 2011. While a few credit arrangements have been in the works for a while, none of them was getting wrapped up to be actually available. After a rapid growth in March, we were heading to April, usually another month of growth in loan demand. If we were to continue the growth rate, we would definitely run into cash crunch and possibly not able to fund some loans. It was a concern.
In the midst, God sent us two lenders in March almost at the same time: ResponsAbility and Triple Jump. Both are respected lenders to the micro finance industry. Their visits were arranged previously but their interests in establishing credit facilities for UOB were politely declined because I thought we made all credit arrangements necessary for 2011 and part of 2012. Their visits were supposed to be courtesy calls.
But because of unexpected rapid growth in loan demand and the delay in other credit arrangements, I asked them if they could process the loan request with extreme speed. I was talking about their credit due diligence, underwriting, approval, loan documentation and disbursement being handled within 3-4 weeks time. Normally, it is impossible.
Both agreed to try. We had to act fast also in providing all the information they needed. Our staff all worked together as a great team and provided all the information they asked for in time. They conducted the due diligence in a few days by calling in the regional manager and they pulled through. Amazing!
ResponsAbility approved and actually even funded $1 million in less than 4 weeks! That was their first loan to any MFI in the sub-Saharan African countries and they handled it at the record speed! Unbelievable! This has helped us prepared to respond to the increasing loan demand without difficulty. Hallelujah!
Also, Triple Jump approved the loan of $1.5 million and we were able to sign the loan agreement before I left on Thursday, April 21st. This is the second loan from Triple Jump so the process was somewhat easier, but nonetheless the entire process was the record speed at Triple Jump.
What appears to be coincidence in our life is God's providence in God's eyes. It was God who worked behind all these, we trust. He is indeed the Provider of all. We all praised how good He is.
Thank you, Lord, for providing us with additional resources extremely fast to continue to help the people in need whom you cared for and mandated us to help! We praise your name! - Jeffrey
Posted by jlee80111 at 5:35 AM