40 Years of Opportunity in Serving the Poor... 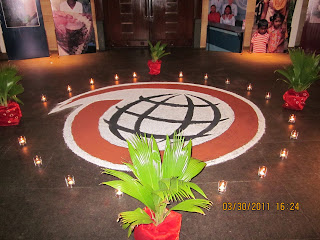 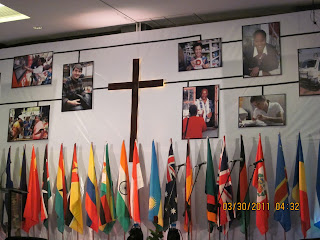 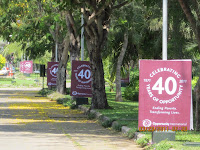 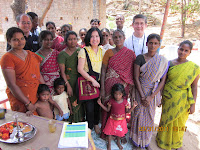 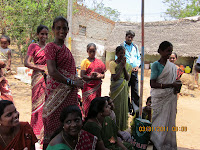 Opportunity International has been in existence for serving the poor for the past 40 years. There was a global leadership conference in Chennai, India, in celebrating its 40 years of Opportunity. Most of the leaders gathered to review what God has done through OI in the past and what OI aims to achieve for the next 40 years.
Jonathan Wilson, Senior Pastor of Newport Church in California led the morning devotions. He used the analogy of the 40 years during which time the Israelites had to wander in the desert before they were allowed to enter into the promised land. The 40 years signified a generation. The old generation people had to perish in the desert due to their disobedience to God and the new generation transitioned from the desert to the promised land under the new leadership.
But the transition was not necessarily positive.
The transition was from the desert to the city, from scarcity to plenty, from simplicity to complexity. During this transition, people could easily be lost in their relational identity with God and their faith in Him among the plentiful and complex lives. Thus, they fell into sin and disobedience numerously. Each time they fall, they were shifted back to the time in the spiritual desert to bring them back to reality and repentance. When they repent, God allowed them to move back to the complex and plentiful lives. But they quickly forgot about God's grace and fell back into disobedience.
It was a great reminder to OI and OI leadership.
OI has become substantially larger in size and now has significantly more resources than 40 years ago. But, along with such plenty, OI has also become much more complex and difficult to manage as a global organization.
It was a great awakening moment for OI. Most of the key leadership has been changed over the past one year or so. But the new leadership rededicated the entire network to the principles of "Christ-centered, Client-focused" leadership and management. It was a blessing to see the re-dedication of OI's ministry of serving the poor to the Christ-centered principles.
I have come back with great encouragement.
During the conference, I had an opportunity to visit some Indian clients whom Growing Opportunity Finance (GO Finance) is serving in the rural Chennai area. All were pretty poor but their smiles were never poor. I was so blessed by the happy heart with which they were living, remembering so many rich people who are living without happiness. Their smiles were so pure and genuine, and we could sense happiness in their lives. Happiness is not determined by how much we possess, but by how we manage our heart despite our surroundings.
"Watch out! Be on your guard against all kinds of greed; a man's life does not consist in the abundance of his possessions." (Luke 12:15)
May God bless OI and its new leadership so that OI may become greater blessings to many poor people around the world through Christian micro finance than for the past 40 years. - Jeffrey
Posted by jlee80111 at 8:29 AM