SORWATHE and Tumba College of Technology... 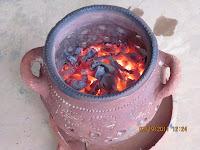 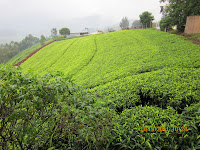 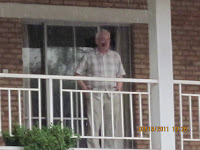 On Saturday, March 19th, 2011, KSR (Korean Seniors in Rwanda) made a field trip to SORWATHE and Tumba College of Technology.
SORWATHE is the largest tea factory in Rwanda, producing 80% of tea that is mostly exported. It produces black tea, green tea, white tea, authentic tea and organic tea. (SORWATHE was covered in an earlier blog post.) 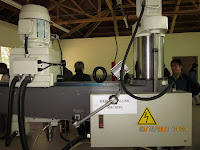 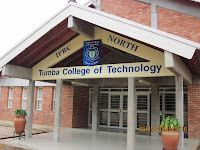 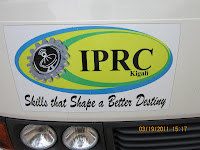 KSR also visited Tumba College of Technology (TCT). It is located in Rulindo District, north of Kigali, and it the northern campus of Integrated Polytech Regional Center or IPRC. In addition, there are currently southern and Kigali campuses. Eastern and western campuses will also be built in the near future.
IPRC was named as such because the campus also provides technical and vocational training in addition to college education on technology. TCT has been and still 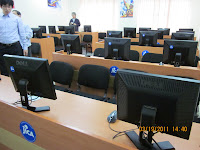 is sponsored by JICA (Japan International Cooperation Agency). TCT has three departments: ICT, Renewable Energy and Mechanical. The campus was impressively clean and well organized. Classrooms were in a mint condition and were well equipped with computers, equipment, machines, testing tools and experimental devices.
TCT has approximately 500 students and all of them are staying in its dormitory. Access to TCT from main roads was challenging and inconvenient so I asked the students why the campus was established there. We were told that one of the government ministers put it there because he wanted it to be close to his home town. Well... The government's policy of "zero tolerance for corruption" was after all not so perfect.
I also asked what the school graduates are doing after graduation. Most of them get a job, I was told. It is not exactly what the government hopes, but it is the reality. The government wants them to start a business to enhance the technical skill level in the market place. But enterprises are not born over night but require intensive and extensive learning, training, practices and experiences. I suspect it will need more time until it actually happens as the government hopes.
Joseph, President of Kicukiro College of Technology, TCT's counterpart in Kigali, joined us for the tour. KCT was established one year behind TCT, but it is trying to catch up fast. KOICA, Korea's international cooperation agency, is sponsoring KCT now so this tour was part of learning from TCT's success.
Throughout the day, it rained heavily. So the road condition was pretty challenging and we were physically tired. But we all felt assured that these technical colleges will increasingly supply skilled workers and brains into the market place soon.
May that become true...sooner rather than later... - Jeffrey
Posted by jlee80111 at 6:02 AM