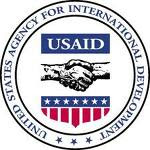 I have been extremely busy for the past three weeks due mainly to a couple of proposals for funding (submitted on February 28th and March 21st) and the board meeting that took place on March 17th and 18th last week.
I am coming from commercial banking. So grant proposal was not in my career. In the micro finance world, however, this plays an important role since many initiatives require financial support not to hurt its sustainability. I am still not so familiar with the grant proposals, but I am getting adjusted.
The first grant proposal was to UNCDF, a UN agency, for $200,000 under its BIFSIR program. BIFSIR stands for Building an Inclusive Financial Sector in Rwanda. After we submitted it on February 28th, we received a notice that we were on the short list and were requested to submit an addendum yesterday (March 21st). With this funding, we are planning to develop mobile banking solutions to provide affordable remittance solutions to the rural farmers and to expand the access to financial services for the rural informal sectors.
The second grant proposal was to USAID under its IILP (Integrated Improved Livelihood Program). This program provides a total of $13.4 million over 5 years. Opportunity International and UOB joined CARE International in making the bid. There were other participants also. We submitted it on March 21st and are now waiting for the final decision. If we won the bid, we would be able to provide significant number of the poor Rwandans with informal and formal financial services in seven (7) districts in southern and western districts. We are hopeful, but we would seek God's favor on these proposals.
These proposals would not have been made possibles without the support of two volunteers: one from the U.K. (Marius) and the other from the U.S. (Austin) They played a pivotal role in documenting the needs and rational behind our proposals. Particularly Austin worked on a very complex budget document including the narrative to justify the budget. I thanked the Lord for providing such help when needed.
Praise the Lord! - Jeffrey
Posted by jlee80111 at 6:32 AM