Visit on Agro Dealers in Ruhango... 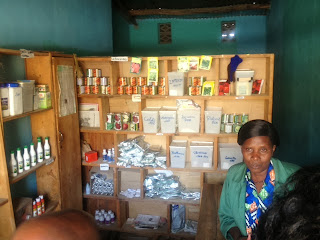 On Thursday, October 24, 2013, I visited three agro dealers in Ruhango District, one hour 15 minutes away from Kigali in the south western direction, along with a few colleagues of mine. The purpose was to explore the possibility of 1) developing agro dealer financing product and 2) using them as agents for mHose, UOB's mobile and agent banking platform.

There are approximately 1,200 agro dealers in Rwanda. These agro dealers supply agricultural seeds, fertilizers and various other supplies to farmers. Their sizes vary widely. We have chosen a random methodology of establishing relative strength among them to three categories: A, B and C. A is assigned to top 100 agro dealers. B is assigned to the next 300-400 dealers and C to the rest. 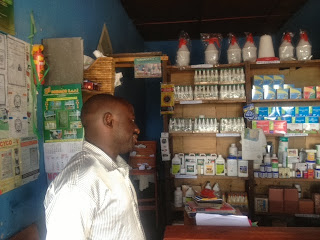 Within each category, we also established three grades: 1, 2 and 3. A1 was defined as the importers that import and distribute the agro inputs and supplies to district distributors. A2 and A3 have been defined as those who distribute to smaller dealers. The relative strength categorization goes on in this way.

The first one has been assigned B3. The second one B1 and the third one A3. These ratings are again based on our perceived relative strength which may change when we gather more information about them. For now, it is a good start. 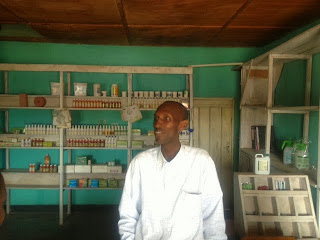 Rwanda is still developing its agro dealers. They are relatively weak financially, except a handful of those
who are strong with multiple locations in Kigali. But they are developing rapidly and growing stronger. These agro dealers will play an increasingly important role in Rwanda's agricultural sector and UOB desires to be proactive in helping them develop with financial resources and business partnership for agent banking. It is still premature, but it is an important step.

UOB has financed more than 15,000 farmers in 2013. These farmers frequently visit these agro dealers to buy the inputs and supplies. If they could do the banking transactions while they visit the dealers, it is a win-win situation since the dealers earn income from conducting transactions as agents.