What did you think the title meant?

I bet you did not guess it right.

It was the theme of Korean traditional and contemporary dancing performance by a group called Legend K at Serena Hotel, Kigali, Rwanda. I am sure K stands for Korea. They performed passionate dancing and music following the flowers that blossom during four seasons of the year. 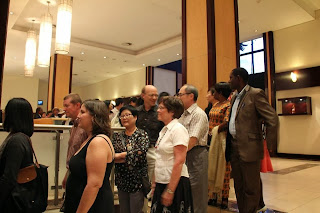 One is a five lady-only performing artists who specialize in Korean traditional dancing but in a contemporary fashion. The way they were dressed was not traditional at all in Korean context. it is more a fusion style of Korean dancing with contemporary flavor. But they demonstrated amazing skills in drumming and dancing. Korean drums are many in kind and it requires tremendous skills as well as strength to be able to play them well. These young ladies were wonderful. Their ability to continue playing the drums for a long time with fast beats and their energy to play so passionately were just beyond our imagination. My hearts were pumping the blood and my legs could not resist but follow the rhythm. 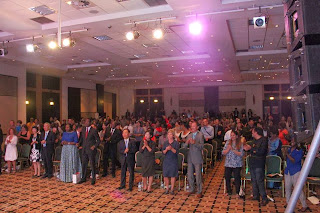 The other one is an eight-member so-called B-Boy group. I suspect that B stands for break-dancing. These young men showed amazing acrobatic movements of their bodies including moon walk and break-dancing. I am not fully familiar with break dancing so I may not be able to describe it correctly or accurately. But their body movements were awesome and we all could not close our mouths.

Many international community guests as well as Koreans and Rwandans were there enjoying the performance.

What brought them to Kigali and why was the occasion? 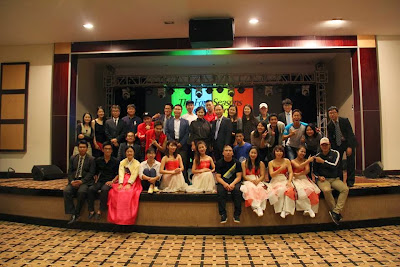 It was one of eleven events that Korean Embassy in Rwanda has organized to celebrate the 50th anniversary of diplomatic relations between Korea and Rwanda.

It is rare to watch this type of performance in Kigali. So it was a fun night on Saturday. Thank you, Ambassador Hwang for an excellent event! - Jeffrey
Posted by jlee80111 at 10:53 PM