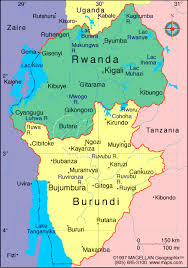 I made a quick road trip to Bujumbura, Burundi with Kristin and two lady pastors: Bohye Kim, a Korean missionary and Deog Lee, a pastor ministering in a regional city in Korea. It was a two-night, three-day short trip. (August 14-16, 2013)

Bujumbura is the capital city for Burundi, Rwanda's neighboring country. Its population has the same mix of people groups: Hutus and Tutsis. Their language, called Kirundi, is 95% the same as Kinyarwanda, Rwanda's language. It is slightly bigger than Rwanda, but is population is smaller (8.7 million) than Rwanda (10.5 million). Burundi's economic and political conditions are not as good and promising as Rwanda. Burundi is also part of East Africa Community. 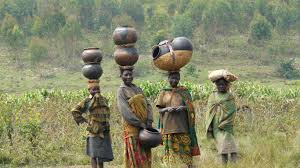 We chose to drive because we were not saving much time even if we fly. The road trip normally takes six hours including an hour needed for passing through the border. But the trip down to Bujumbura took almost nine hours. Yikes! Why? Because of an accident that stopped the entire traffic for quire some time and several big trucks that slowed down all cars following them.

We intended to arrive in Bujumbura when it was still bright, but we ended up arriving in the city when it was dark. Driving in Bujumbura when dark was a serious challenge. Since it was dark, all cars turned on high beams, resulting in mutual blinding. Moreover people were freely crossing the streets and they were not so visible. Additionally, we were not clearly sure where we were going. Missionary Bohye Kim ended up calling one of the pastors, Pastor Pio, whom she has been supporting to guide us to the hotel we stayed.

Bujumbura is at the altitude of 700 m. So it was quite warmer than Kigali. It was an unpleasant experience. 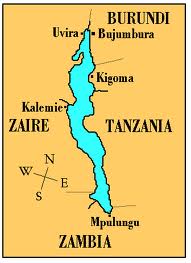 The sun light brightened the city in the morning and we were able to see everything that looked so mysterious the previous night. I was thinking of the Son Light that came to the world but the world did not know who He was and rejected Him. The Son Light was Jesus Christ. Being in the light is always good.

Bujumbura has access to the Tanganyika Lake. It is big lake that borders four countries: Burundi, Tanzania, DR Congo and Zambia. I heard that the lake supplies a variety of fish and one of them tastes really good. The fish dish grilled is called "Umukeke" Both Kristin and I had an expectation to eat this Umukeke, but we could not eat it. That made us think of visiting the place again.

The return trip was not so bad. It took us only six hours and the traffic was light. Besides, I was driving in the morning when my body and mind were still fresh.

In Butare, there is a frozen yogurt shop where you can taste American style frozen yogurt. Obviously we stopped there for the cold taste. It was delicious.

Overall, I have now added Burundi to the list of countries that I have visited. It was the 43rd and ninth in Africa. - Jeffrey