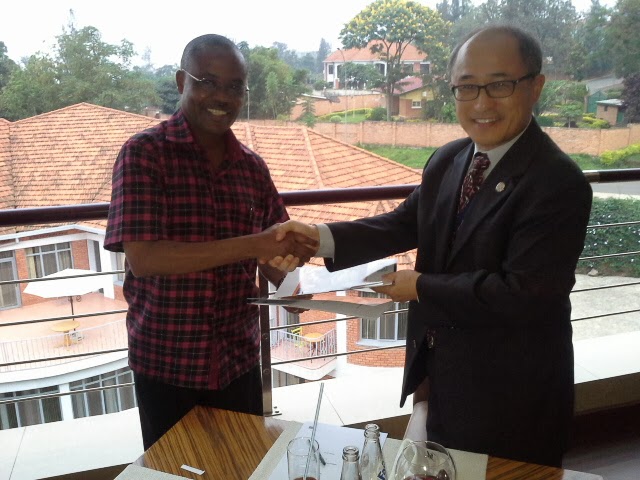 Among them is Kerihe District that is located at the far south eastern corner of Rwanda under the governor of Eastern Province. UOB has been exploring various ways to work together with Kirehe District from three years ago.

Finally, UOB and Kirehe District has signed a Memorandum of Understanding on February 21st, 2014 to expand collaboration between two organizations.

This MoU has been signed after UOB was able to provide agricultural production loans for more than 7,000 farmers in the last months of 2013 in a short notice. These farmers grow maize and rice, primarily.

Kirehe District is among top districts for growing maize, rice and beans all of which are strategic agricultural crops for UOB's agricultural financing program. Moreover, Kirehe District's Mayor has been well known for his proactive leadership and innovative approaches to excellence. For the past five years, he has made tremendous progress in several fronts, including agricultural farming and Umurenge SACCOs. Umurenge means sector and Kirehe District has 12 sectors.