The Story of Athanase Mwiseneza 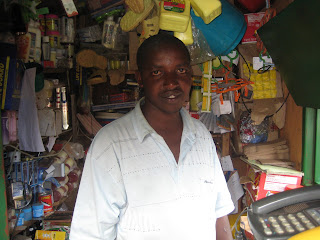 In just twelve years, Athanase has been able to move from selling just a few eggs every day to owning his own retail shop in his own building. Athanase heard about Urwego Opportunity Bank (Then Urwego Community Banking) through the church his mother was attending.

Athanase lives in the Eastern Province, Kayonza sector in Mukarange cell. He had only US$2 when he joined a UOB Trust Group, and he had no vision for a prosperous future. With an initial loan of just $27, Athanase began by selling a few eggs every day in the local market. With the profits he made, Athanase decided to change his business strategy, and he started a small retail shop under a tree by the roadside. With additional profits, he was able to build his own commercial retail building. He then asked the government agency in charge of supplying water to run water pipes into the building so he could sell tap water to community members. Now he sells tap water to the members of his community and makes profit of more than $73 per month.

Athanase was also able to install electricity. Because he is among the few who have access to electricity in his neighborhood, he developed a new business. Athanase started charging neighbors’ cell phones. At the present, Athanase gets over 45 customers per day and makes total monthly profit of about $210 just by charging cell phones.

From the profits made, and a village phone loan from UOB, he bought two public telephones which community members can use to call friends and relatives. He charges them few cents per unit.

In his community, Athanase is now highly respected and well known. 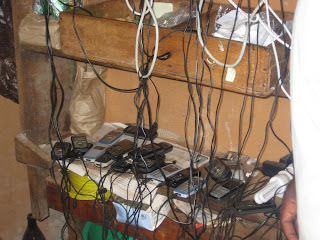 While he once had no house, Athanase now owns three buildings - his own home, a house he rents out and his business retail store.

Before he joined the UOB Trust Group, he was not in a position to get married, since African weddings are very expensive. Now he is a proud father and husband.

Athanase says, “As a result of joining the Opportunity Trust group, I was able to build my Business house, my own home, met my wedding requirements and now I am married. I have three children two of whom have started school and I take care of them with no difficulties. I am successful, but it all was made possible because of joining the UOB Trust Group.” Athanase goes on to say, “I have gained many friends – my fellow Trust group members, customers and Urwego staff members. I would not have met them had it not been Urwego Opportunity Bank coming to us.”

He says that his prayers are full of praise rather than asking God for food or tuition for his children. His relationship with God is based on love. In addition, Athanase is a contributing member of his church through offerings and tithes and through other financial and non-financial contributions.

Athanase is planning to build a local commercial house that will be let to business people and in turn generate income from rent. Once he has completed repayment of the current loan, he hopes to take out another larger loan.
I praise the Lord who has been working in the life of Athanase. May there be more Athanases in Rwanda! - Jeffrey
Posted by jlee80111 at 8:41 PM