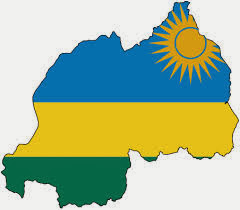 Rwanda is one of the poorest countries in Africa. At least by the number.

But, Rwanda is not one of the countries that are self-pity on themselves. Rwanda is determined and resolved not only to overcome the poverty but also to transform itself to be a thriving nation.

There are many examples and evidences: Green revolution in agriculture, National Dialogue for transparency on the government's governance, Umuganda (community work) for boosting team spirit and cooperation, forgiveness and reconciliation between the genocide perpetrators and victims, fight against corruption, clean environment even to the unpaved rural areas, affordable health insurance coverage for more than 85% of the entire population, domestic safety and security throughout the country, remarkable improvement in Doing Business Ranking compiled by the World Bank, and the list goes on.

One the things that make Rwanda different from other developing countries is its education system.

Rwanda had implemented the 9-year basic education for all children until 2012. When the current President Paul Kagame was running for re-election, he promised the 12-year basic education. And it has been being implemented here and there. Obviously there are challenges for full implementation, but it was not just an empty promise, but a promise to be delivered.

Once children finish the primary schools, they all take the national exam. Based on their performance, they may be selected to go the public secondary schools on government scholarship. They are also boarding schools. This percentage seems pretty low, estimated at 10-20%. So some who are not selected but can afford choose to go to private schools on their own.

What about those who are not smart enough to be selected by the government and who cannot afford to go to the private schools? You may ask.

Well, it is an excellent point. There are many who cannot afford. True. That is why there are Nine Year Basic Education schools, now transitioning to 12-year Basic Education schools. They are all over the country and their school curricula are the same as the secondary schools. Their tuition is free and they can go to schools nearby, without having to go to the boarding schools. After they have completed Secondary 3, they can take exams to advance to the government's public secondary schools. So it is the second chance provided for all students who were not smart enough and could not afford to go to private schools.

The government is asking the families who are not sending their children why they are not attending the schools. That is a commitment I have to admire the Rwandan government for.

Kristin and I have been privileged to be part of providing education for four children for the past three years. Here is a brief profile of who they are and where they are.


Rwanda is lacking natural resources that are abundant in certain countries. It may look unfortunate for Rwanda. But it is a blessing in disguise. It is the very right reason for Rwanda to try to build a knowledge-based economy. Towards this audacious goal, Rwanda has had to invest in education.

I admit it is still a long way to go. But Rwanda is progressing continually and fast. Sooner rather than later, Rwanda will get there.

Recently, Rwanda has consolidated six public universities and formed one university, called University of Rwanda. Previous universities have become colleges for this new university. This university will be a research-focused institution. The governance body and school leadership have been filled with renowned scholars and administrators, including Westerners. That much, Rwanda is serious.

At the same time, Rwanda has been establishing and promoting TVET (Technical and Vocational Educational Training) program. These are two-year colleges where students learn vocational skills to start businesses or to seek employment. They will become strong work forces in rebuilding the nation.

Again, it is a long way to go. But I cannot deny the good feeling that I have inside that Rwanda will make it and shine like the bright sun among African nations and even in the world's developing countries. Rwanda continues to progress and I remain impressed.  - Jeffrey