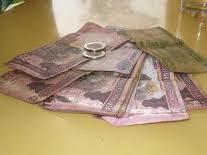 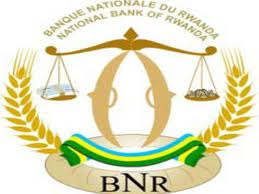 Rwanda's central bank is Rwanda National Bank (BNR). It holds the country's Monetary Police Statement meeting twice a year. Today was the day the BNR held the meeting
to cover the first half of 2011.

The following were the highlights:

1. Rwanda's economy grew 7% for the first six months, a face pace compared to its neighboring countries. The growth resulted from a balanced growths in agriculture, industries and services sectors.

2. While growing fast, Rwanda contained its inflation pretty well at 5.8% during the first six months of 2011, despite the pressure coming from droughts and rising oil prices. Most of its neighboring countries suffered from two-digit inflation rates in the mean time: Uganda at 15.8%, Kenya at 14.5%, Tanzania at 10.9% and Brundi at 8.6%.

3. Exports increased 48% in value and 58% in volume. Coffee, tea and minerals accounted for 72% of the exports. Meanwhile, the growth rate in imports remained at 13% in value and 15% in volume, mostly in capital goods rather than consumer goods. Exports covered only 21% of imports, yet an improvement from the previous year. With the cross border exports included, exports represented 25% of imports. Rwanda's FX reserve was enough to cover the six months worth of imports, another improvement from the previous period.

4. Rwanda's banking industry registered a 12.6% growth in loans for the first six months of 2011 with the deposits at 15.1% during the same period. UOB's growth was at a significantly faster rate with the loans at 51% and the deposits at 26%, respectively.

5. Rwanda's banking industry also saw an improvement in its Non Performing Loans (NPLs) to 9.2% as of June 30th from 12% a year earlier. But UOB's NPL rate was negligible at 0.06%.

6. Rwanda's national debt represented only 26% of its GDP, a healthy level, while the fiscal debt issues plague the U.S. and the EU countries.

Overall, Rwanda's economy remained very healthy with a solid growth in GDP, a good control in inflation, rising exports and contained imports, and a growth in banking lending to the private sector.

But, Rwanda should continue to be vigilant in monitoring and taking proactive actions to prevent the potential adverse impact that may be derived from the rising oil prices, droughts in East Africa, fiscal debt crises in Europe and the U.S. and subsequent turbulence to the global stock market. It is a challenging time to all countries, including Rwanda. So far, nonetheless, Rwanda's economic development has been impressively healthy and sound although the outlook for the next six months to one year remains pretty gloomy. - Jeffrey

I read your post with interest. I work in a building here that has a preschool. We are partnered with a preschool in Rwanda and have been helping them build it.

Thank you for your post. I hope you enjoy your work in Rwanda.