Rwanda is a small country. But it has a big dream and ambition in implementing E-Payment systems. It has launched the Automatic Transfer Services, including RTGS (Real Time Gross Settlement) and ACH (Automated Clearing House), and recently CDS (Central Depository Securities). There are some glitches and hick-ups but it is moving along. Sooner or later, all the issues will be resolved and they will work smoothly, I trust.

On Thursday, August 18th, bank CEOs and MDs in Rwanda met with the BNR Governor, together with the SIMTEL CEO. SIMTEL runs Rwanda's national payment switch, called RSwitch. The meeting was focused on ATMs, POS and international credit and debit cards.

In Rwanda, the reality of E-Payment is pretty bad. Many ATMs are down and international cards are not accepted at most of the ATMs. Thus, international tourists and visitors end up suffering from this situation. Obviously the story reached the country's President and 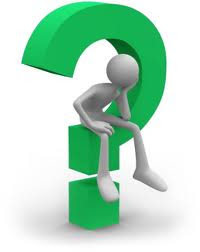 members of parliament. The pressure is on and the central bank Governor is putting his hands on several issues directly to improve the situation.

UOB has also introduced ATMs and is getting ready to roll out the chip and PIN proprietary debit cards. We call them UOB Grace Cards. But in light of the prolonging down time for ATMs, we are hesitant in rolling them out. It was agreed that SIMTEL would send out the ATM up-time report on a daily basis. SIMTEL will also provide the BNR with the plan to strengthen the POS accessibility. We will see.

More importantly, however, Rwanda will soon see a more innovative mobile banking solution implemented. This will be the first of its kind in the world and UOB will be part of this exciting initiative. When it is fully launched with proper functionality, it will significantly improve the under-served people's access to and inclusion in the financial services. And that is exciting indeed!

I look forward to witnessing this happen soon. May it come true, Lord! - Jeffrey
Posted by jlee80111 at 5:05 AM