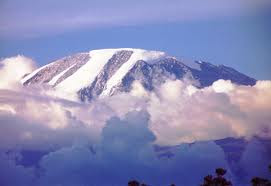 We are a group of five who are all in the fifties of age. One is from S. Korea, two are from New York and two are from Rwanda. We all arrived safely yesterday.


We have been planning and dreaming to climb the tallest mountain in Africa: Mt. Kilimanjaro. This roof of Africa is 5,895 m high and is the tallest as a stand-alone mountain in the world.


Today, we registered with the tour company and had a briefing with the guide and the assistant guide. The guide's name is Jimmy and his assistant is Johnson. Jimmy said that he has reached the summit more than 100 times. He gave us trust we need in our guide. He is 38 years old with two daughters.


At any rate, we all are nervous about the climb, but we are also excited about this opportunity of life time to climb Mt. Kilimanjaro.


We will meet at 8AM for a worship and will depart at 9AM.


I hope to write an update after a successful attempt to reach the summit, Uhuru Peak. There we hope to pray for the continent. May God's mercy be with us. - Jeffrey

I can't wait to read posts about your journey after the climb. Good luck to you all.

Thank you! I am glad to report that we "Five of the Fifties" all made to the top! It was grueling but we made it. I will update later when I get back home.