Trip to Karongi (Kibuye) and to Mutuntu... 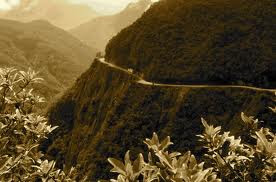 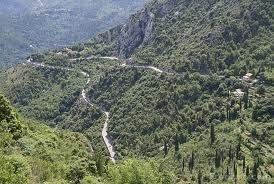 On Thursday, Feb. 17, Orren (Deputy Leader of Banking Network Group), Emmanuel Mugandura, Director of Risk Management primarily for interpretation, and I visited Muhanga EBU and traveled to Karongi Office, next to the Lake Kivu. It was a 3-hour drive. Karongi Office is a 3-man office and has been sluggish for quite some time and we wanted to see how we can help. It has been integrated into Muhanga EBU under Rachel's leadership. We picked her up at Muhanga EBU and traveled together to Karongi.
Karongi Office is covering three districts: Karongi, Ngororero and Rutsiro. Outreach to Ngororero and Rutsiro is fairly new. Rutsiro seems to present potential for growth while Ngororero probably does not at present. It was a pleasant surprise to find out Karongi District is presenting significant growth potential thanks to a new lending staff Emmanuel's outreach. He has been adding 10 new groups over the past 11 months. He is now serving more than 400 clients. Overall, Karongi Office is serving almost 1,000 clients. Emmanuel gave me a hope for the Karongi Office.
After the meeting with staff, we traveled further into the mountain for another one and a half hour drive on the mountainous terrain. It was a rough ride. But we finally arrived at Mutuntu, a sector located in the middle of nowhere, it seemed like. Emmanuel is serving 6 groups totaling 180 clients. Most of them are in their second cycles.
We greeted and thanked the clients who were waiting for us. While Emmanuel and Jean, another lending staff, were disbursing the loan and savings, we met with the sector officials. The sector has a population of 24,000 most of whom are engaged in agriculture and animal farming. They do not have access to any formal financial services within 1 and half hour drive range. So they appreciated our outreach to their people.
But, Emmanuel has to travel this rough terrain on a motor bike for one and a half hour one way every week to serve them. There is no bus coming to this village, thus there is no other means of transportation. I felt appreciative to Emmanuel, but also sorry for him. Nonetheless, I felt so bad because there is nothing much for me to do. Perhaps, we can develop a staff motorcycle loan program so that he can manage to ride the bike himself, rather than riding on a motor taxi that frequently refuses to go unless he gets paid more than a normal fare of RWF10,000 or $18.
On the way back, my feeling for Emmanuel became even deeper than before because we had an unforgettable experience driving on the muddy and slippery road because of the rain. Initially the Toyota Land Cruiser hard body could not make a little uphill road because it was too slippery. Mountain boys and men were all trying to help by pushing the car, but in vain. I prayed to the Lord for His divine wisdom with a deep concern because it was getting dark and it started pouring. Momentarily I was asking myself "Do we have to sleep in the car on the road...?"
God is good all the time. He answered my prayer through Orren. Instantly, Orren shouted: "I have got it!"
We forgot to lock the front wheel to make the 4x4 work. After locking it, the vehicle climbed the uphills without a problem. We paid a little sum of money to the boys and they ran back down the hills shouting "Hooray!!!" We thought the challenge was all over. Well... not quite.
After about 30 minutes of drive on 4x4, we reached a section of the road that was flattened by bulldozers to make the road better. The road was all muddy. The car quickly lost traction because of the mud and even 4x4 was not working. Even on the flat road, the car was barely advancing because of the slippery surface. It was just like driving on an icy surface.
Whenever the road was tilted, the car was skidding, some times to the brink of a cliff. Ugh... On several spots, there were wooden bridge over ditches and their widths were just a little wider than the vehicle. We had to align the vehicle straight to cross over the bridges. Several times, we had to back out to make the vehicle straight before we attempted to cross the bridges because the vehicle was not aligned straight.
Thank God for His mercy! We managed to drive down from the mountain without a major accident. It took us more than an hour on a distance that would have taken less than 20 minutes normally.
By the time we arrived at the Karongi town, it was dark and it was pouring. We did not have time to eat lunch and it was getting late even for dinner. We all were hungry, but we did not have time to sit down to eat because we still had to drive another 3 hours to get back to Kigali. We all grabbed something to eat at a mini supermarket and we ate them on the way while driving.
By the time we arrived back in Kigali, it was 9:30PM. It was 13 and a half hours since we left Kigali at 8AM. And we were on the roads for a good 11 hours. We prised the Lord for His guidance and protection during the trip.
Throughout the journey, however, we all were joyous and had a great fellowship time, mainly thanks to Orren's humor and Emmanuel Mugandura's stories. After all, this is Africa and this is the field, they said.
For me, I became even more grateful to our field staff who are reaching out to remote areas to serve our clients. Thank you, Lord, for your goodness and never-changing faithfulness! - Jeffrey
Posted by jlee80111 at 5:59 AM