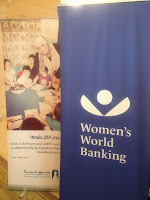 I took a short trip to Amman Jordan in November 2013. The primary purpose was to attend Women's World Banking conference for Middle East and North Africa. I was asked to speak about 'mobile banking for low income women.' I accepted the invitation because I have never traveled to Jordan. It is always enticing to travel to a country I have never visited.

Jordan was the only second country where I have traveled in the Middle East Asia. Kristin and I have been to Dubai, UAE two years ago. So this trip to Jordan was exciting to me. 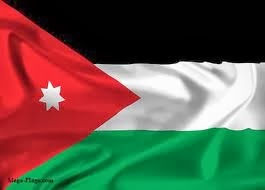 Besides, Jordan is a country that dates back to many places that are mentioned in the Bible. In this land, there were Ammon Kingdom, Moab Kingdom, Edom Kingdom and even Amelikite Kingdom. Jordan's formal name is Hashemite Kingdom of Jordan. It population is approximately 7 million living in a desert land of 86,000 square kilometers. Out of this population, approximately half of them are Palestinians who have escaped the the disputed land and settled here.

Jordan borders with many countries, including Saudi Arabia, Syria, Israel, Palestine and Iraq. Surrounded by these countries that have had political turmoil, this country has remained stable. The King Abdulah is well respected by his citizens and has maintained good rapport with many countries. Jordan is also known for rapid and positive transformation that it has achieved in relatively a short period of time. Its primary sources of revenues are coming from tourism since it does not produce oil or natural resources. Nonetheless, this country is one of the freest countries in the region.

Jordan has several historic sites that attract people from around the world. It occupies the eastern part of the Jordan River and maintains the eastern part of the Dead Sea. It has one of the largest Roman ruins outside Rome. The most famous site is Petra where a lost city is hidden in the rocks. It was three hours away from Amman and it was too long a distance for a day trip before a red eye flight. So I saved it for a trip Kristin and I will take together, along with the Dead Sea and Wadi Rum.

On the way to Jordan, I flew to Dubai and took Fly Dubai to go to Amman Jordan. This route was the cheapest, but I had another reason to go through Dubai. Anna Sunghye Yoon, a former member of Shalom Bible Study in Rwanda, is now working for Fly Dubai as a cabin crew and asked me to come through Dubai. So I ended up going through Dubai, but the layover was for 12 hours, pretty grueling after a red eye flight. But I had some work to do to prepare for the upcoming board meeting. So it has worked out well. It was a delight to see Anna in action on an airplane and I was able to post her photo in uniform, which appears to be forbidden for the crew.

After the conference, I went to Rainbow Street to stroll, but I was disappointed by its short distance and quietness of the street. It was supposed to be crowded with people visiting many restaurants. A cold weather was an excuse, but it was disappointing. I ended up eating a humble Gamberi dish at an Italian restaurant. 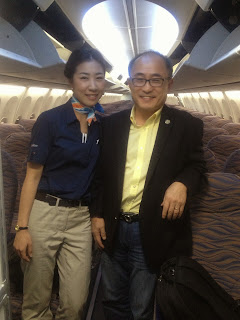 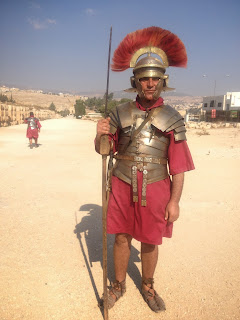 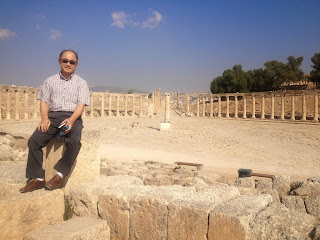 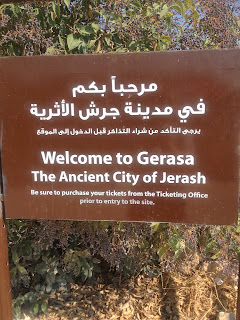 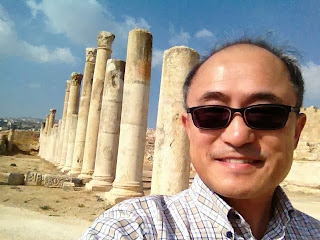 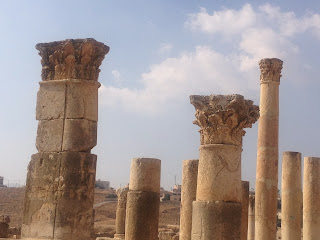 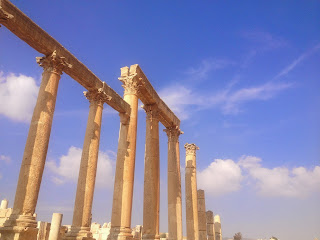 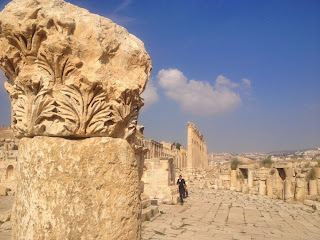 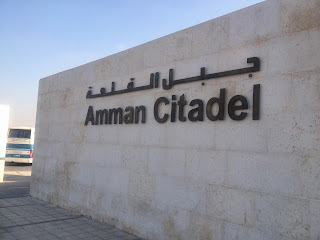 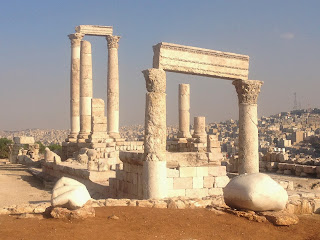 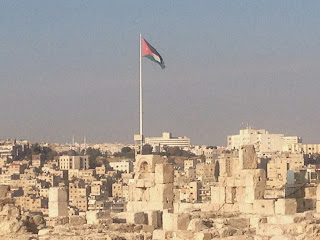 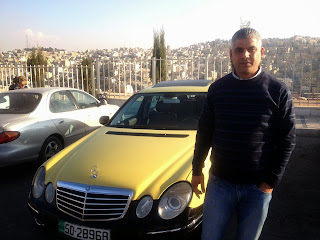 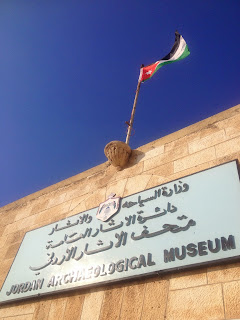 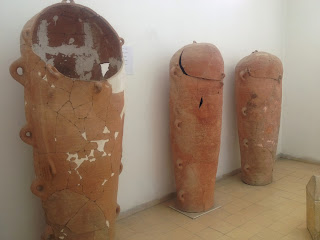 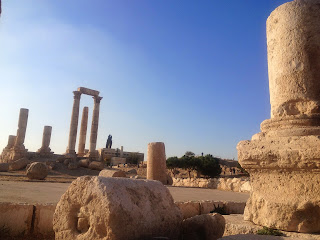 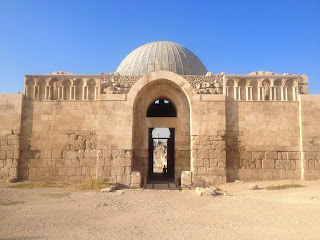 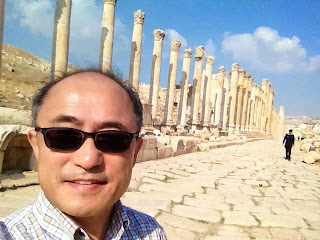 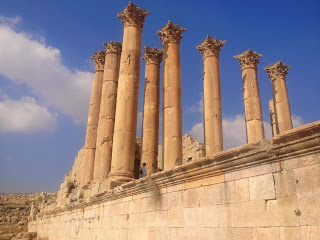 Due to long wait before my return flight, I was able to take a day trip to Jerash site (Garasa) where the archaeological park displays Roman theaters, Roman oval plaza, Temple of Zeus, a couple of churches. These have been all excavated over the past 70 years or so and this excavation is still being carried out. These were all buried under sands, most likely because of a major earthquake in the area in the 8th century. It was an awesome experience walking around the park, imagining the glorious days of the Roman Empire in the area.

I also visited Amman Citadel in the middle of the Amman City. It is situated on the top of a hill, which used to be a fortress. It has some Roman ruins and Islamic temple ruins. It also has an archaeological museum that shows artifacts of the past from the pre-historic age to the most recent Islamic age. It was a quick tour, but from there I was able to see a giant Jordanian national flag over the valley on another hill and also Roman Amphitheater to the south. It was a breath-taking view.

The taxi driver I hired was Hadi who has four children. He took me to Jerash site first (one hour drive), waited for me for 3 hours, took me to Citadel for an hour and took me to the airport. I look forward to returning to Jordan for further exploration. Next time together with Kristin. - Jeffrey
Posted by jlee80111 at 6:33 AM