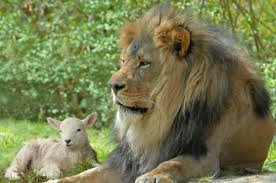 The following is the summary of the sermon that I preached at Agape Korean Church in Rwanda on October 14th, 2012.

God Himself wanted to be and became the King of Israel. He led the Israelis out of Egypt through Moses and provided them with food and guidance for 40 years. They entered into the promised land under the leadership of Joshua and settled down. God sent Judges to His people to lead them out of trouble whenever they repented their sins and asked for help. When Samuel was the judge and the prophet, the Israelis came to Samuel and asked for a human king like others countries. God was sad because effectively He was denied as their King. But God gave them a king, called Saul. (1 Samuel 8:4-9)

Saul disobeyed God's instruction and was dethroned. God anointed David as the next king. God liked King David because David was "a man after God's heart." (Acts 13:22,23) So, God promised to establish His own eternal Kingdom through an offspring of King David. This offspring was Jesus.

The Kingdom of God belongs to Jesus Christ. Jesus Himself said that He was King and His Kingdom was not of this world in His response to Pontius Pilate's question. (John 18:36,37)

The world has had 21-22 empires, human kingdoms. Egypt, Assyria, Babylon, Persia, Greece, Rome, Mongolia, France, Ottoman ,Russia, Germany, United Kingdom etc. One common theme among all these once  powerful human kingdoms was that they all rose and fell. United States has also been a great power, but it appears to be ebbing also. What next? China? Islam? Perhaps. But all these human kingdoms are under the Satan's power and authority. Satan indicated so in his temptation effort for Jesus. (Matthew 4:8,9)

But all human kingdoms and all humanity will eventually bow down to the name of Jesus who has been made the name above all names. And every tongue will confess that Jesus is the Lord of lords and King of kings. (Philippians 2:9-11) There are two ways for us to bow and kneel down to Jesus. One is voluntarily and the other is involuntarily. Believers are blessed because they have chosen to kneel down to Him voluntarily. All unbelievers will eventually have to kneel down to Jesus but their fate has already been cast down to the hell.

There are three ways the Kingdom of God is expanding: 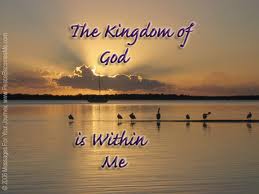 2. Through Sanctification:          The Kingdom of God is also expanding through the believers' sanctification. This expansion is qualitative and the deepening of the faith of the Kingdom citizens. All believers are mandated to continue to remain in their faith and walk with Jesus in every moment of their lives, pursuing personal holiness through deeper obedience. It represents growing mature in faith and spirituality. It is the righteousness, peace and joy in the Holy Spirit. (Romans 14:17-19)

3. Through Second Coming of Jesus:          If salvation was the past event for believers and sanctification is the current situation for believers, the second coming of Jesus is the future event promised for all those who are waiting for His return. The expansion of God's Kingdom will be completed and consummated when He returns. His return will be triumphant as the King of kings and the Lord of lords. He will no longer be a slain lamb but the Lion of Judah. (Hebrews 9:27,28) He will restore all the broken relationships of His chosen people. He will establish His Kingdom this time permanently, which will be eternal. There will be no more sorrow, no more pain and no more death. (Revelation 22:1-5)

We may live in different countries, thus carrying different passports when we travel. But our permanent citizenship is in the Kingdom of God. We are Kingdom citizens. We are eagerly waiting for His second coming, but while we are waiting for His return, we should strive to achieve the holiness that He expected of us. We may never achieve it on our own strength, but we trust that He will, within His power and authority, bring His good work, which He started in us when we believed Him, into completion. (Philippines 1:6) In His time. Meanwhile our life should be reflective of His love for God and for the neighbors. His Kingdom is already within us as long as we worship and serve Jesus as the Lord. Thus, we can and should live the Kingdom life on earth. This is a promise. This is a hope. May this hope spring up greater faith and abound His love in our lives on earth! Until His return. Amen!

Will you join us in this Kingdom life? - Jeffrey