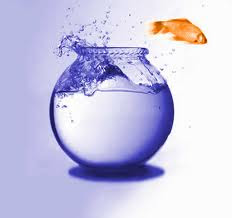 On Monday, October 4, I preached at UOB staff devotion. The message was about "Christ's Yoke" based on Matt. 11:25-30. This was in commemoration of John Stott who now went to the Lord to rest in peace.
In the passage, Jesus gave two affirmations and made two invitations.
Two affirmations were that 1) God revealed Himself completely through Jesus Christ and 2) God revealed Himself only to His believers like little children.
There is no way any man may be able to know God unless He himself reveals. He has revealed some through nature and more through the Scriptures. But His revelation was made complete through Jesus Christ who Himself was God and came down to earth as human. Jesus was the Word made flesh. (John 1:14) In nature, God's revelation was visualized. In the Scriptures, His revelation was verbalized. But in Christ, His revelation was both visualized and verbalized. What a blessing it was to know Him.
Two invitations were to His followers that 1) "Come to me, you weary and burdened. I will give you rest." and 2) "Take my yoke for it is light and my burden is light." As Savior, Jesus invited people to come to Him for rest. His way of giving the rest was by lifting up the burden that we humankind were carrying. He carried the burden Himself on our behalf as the Lamb of God. (Isa. 53:6; John 1:29) At the same time, Jesus also invited us to take His own yoke. This is the claim for His Lordship over His followers and it balances against the rest that He provides. But, His Lordship is not burdensome to people. Rather it is easy and light. This is the necessary boundary for the freedom He provided when people accepted and believed the Truth. (John 8:31,32)
A good analogy for the Christ's yoke is fish that is in water. She enjoys all the freedom as long as she is in water. If fish decides to jump out of water to explore the world outside water, she immediately faces danger and risks her life. We as Christians need this yoke that is obedience to His authority, particularly His Word.
May we enjoy the freedom that is abundantly provided within the Christ's yoke that is easy and light! - Jeffrey
Posted by jlee80111 at 6:51 AM