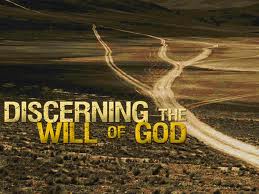 Today, September 16th, 2012, I had the privilege of sharing God's Word at Agape Korean Church in Rwanda. It was my first time at the current location after the recent move.

God's will is a little fuzzy concept for many. Some may think it is a hidden secret. Others may think you can not really know God's will until you experience mystical voice or trauma.

But, I believe that God has clearly revealed what He desires His followers to obey and keep.

In the Old Testament, God the Father was clear about His will. He communicated clearly and directly to His people.

When Jesus was on earth, He himself revealed Himself directly in human flesh. But He also showed many signs pointing to Himself. Even after He completed His redemptive work on the cross, resurrected and ascended to heaven, His apostles carried out the evangelical mission pretty much the same way Jesus did: showing many signs pointing to the Christ. All signs were empowered by the Holy Spirit, the Spirit of Christ.

Now we are living in the Church era. Jesus is the logos, the Word. He was with God and He was God. (John 1:1) He came to us in human flesh, Jesus. It was incarnation. After He completed His redemptive work, He went back to the Father, but He left the Word. It is the bible. God's Word. God's Word therefore reveals God's will clearly, extensively and in details.

We are men and women of God if we believe in God and in Jesus Christ as the Savior and the Lord. We as Christians or Christ-followers, therefore, ought to honor and follow God's will.

But no one can come even close to Christ who exemplified as the doer of God's will. In the prayer He taught us to pray, He said "Thy will be done as is in heaven." (Matthew 6:10) He said the purpose of His coming to us is to do the will of the One who sent Him, the Father. (John 6:38,39) When Jesus was praying before He was arrested, He was obedient to the Father's will despite His own desire of avoiding the cross, if possible at all. He chose to put His will only after the Father's will. (Matthew 26:39) On the cross, Jesus declared "It is finished." He was referring to the will of God for Jesus Christ to die as a ransom for all humanity. From the birth to death, Jesus was doing the will of God.

We Christians should do the will of God.

Let me quickly and briefly highlight seven wills of God that have been clearly stated based on Ephesians 5:15-21 and other selected scriptures:

1. God's foremost desired will is that we be saved. "This is good, and pleases God our Savior, who wants all men to be saved and to come into a knowledge of the truth." (1 Timothy 2:3,4) God is waiting with patience until all whom He chose before the foundation come to repentance.

3. Singing praises and thanksgiving is the will of God. According to Ephesians 5:19,20, we are urged to sing praises and saying thanks in everything we do. God's grace is amazing whenever we think of His decision to save us without any merit. We were lost but are found. We were blind but now can see. With grateful heart, we can sing praise to God for His grace. The opposite is thankless heart. Despite many blessings, we look at what we do not have, thus being unsatisfied, unhappy and ungrateful. Ungratefulness leads to discomfort, worry, despair and the downward spiral. It is God's will that we rejoice with thanksgiving and praising.

5. Being sanctified is the will of God. It is God's will that we be sanctified according to 1 Thessalonians 4:3-6. Our  sanctification pertains to achieving personal holiness, avoiding sexual immorality, attaining full control of our own body and avoiding abuse of our neighbors. We have been called righteous because of the righteousness of Christ and it is God's will that we complete the sanctification process.

6. Suffering is the will of God. Believe it or not and like it or not, it is God's will that we go through the suffering for the sake of Christ's goodness. If we suffer for the Christ's sake and His righteousness, the scripture says it is our blessing. In such cases, we should rejoice because there is great reward in heaven. (Matthew 5:10-12) If we suffer for Christ's sake, the world will hate and persecute us not because of us but because of Jesus. Apostles rejoiced when they were persecuted for Christ's name sake because they were glad that they were considered to be worthy of the suffering. It is God's will that we suffer for His name because the glory bestowed upon us in heaven is far greater than the suffering that we may have to endure. (Romans 8:17,18)

7. Self-will is the will of God, but only after we have kept the wills of God that were listed above. In our daily lives, the wills of God stated above may not be practically helpful to us. We still face day to day challenges in our lives. We may do it as we wish and desire and He will honor our self-will as long as we remain in Christ and His words remain in us. (John 15:7) If our decision and desires are clearly against the will of God, He may keep us from going in such a direction. Instead He will show us alternative ways. He is good and faithful beyond our imagination.

It is my prayer that you and I discern His will with the divine wisdom and do it willingly and obediently. He will be honored with our obedience to His will. May God bless you with this message! - Jeffrey
Posted by jlee80111 at 7:39 PM