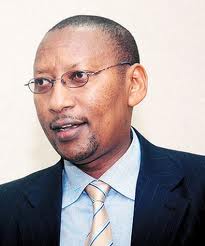 On Friday, February 24, the Minister of Finance invited all bank CEOs in Rwanda for an informal dinner. He also invited the Governor and Vice Governor of National Bank of Rwanda, CEO of Rwanda Development Board, the Minister of Justice and Register General. Also in attendance was the Permanent Secretary of Ministry of Finance. These are the most influential people on economy and finance in Rwanda.

[John Rwangombwa, Minister of Finance is sharp-looking but also gentle in his talk. He is highly respected in Rwanda. He is the driving force behind the government's well-disciplined fiscal policy. Rwanda still depends heavily on foreign aid but this aid has been used wisely.] 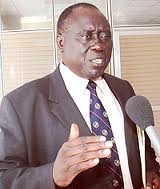 [Tharcisse Karugarama, Minister of Justice and Chief Prosecutor is a man of integrity, intellect as well as wit. He is famous for his timely humor that thwarts any freezing moments. He is very proactive and pro-business and aggressively reaches out to business people, particularly the financial sector, without any arrogance. He is also very well respected.] 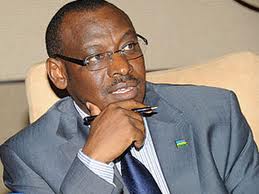 There were some other issues that were discussed but the list above represented the primary issues.

[Claver Gatete, Governor of BNR was Rwanda's Ambassador to the U.K. He worked for UNDP, Ministry of Finance before his diplomatic appointment. He is intellectual and effective in communication. He was responsible for keeping Rwanda's inflation under control in 2011 while its neighboring countries suffered a lot.]

Rwanda Bankers' Association Chairman expressed his appreciation on behalf of all bankers on their willingness to maintain dialogues with the bankers to strengthen and improve the Rwanda's banking system. For that, both ministers said that it was not so special for them to maintain relationships with bank CEOs because it is part of their duties. I said that their comments alone were sufficient indicators of their genuine service mindset and of their commitment to excellence in taking the country's banking system to a higher level.

Indeed they were honorable, admirable and respectful. They are the hopes of Rwanda in its endeavor to make a difference in the financial services sector. On the way home, I prayed that the Lord blesses them and their team members with wisdom. - Jeffrey
Posted by jlee80111 at 3:38 PM